On August 22, the call came out from the Dallas AFL-CIO for unionists to show support for our brothers and sisters who run the city's public transportation system. Amalgamated Transportation Workers (ATU) Local 1338 members gathered at the meeting of the Dallas Area Rapid Transit (DART) Board that evening. Apparently, the DART board is threatening employee cuts in spite of their agreement with the employees.

Union President Kenneth Day, Financial Secretary Thomas Hutchinson, and a long list of union members and supporters explained the union's opposition. Bus and train drivers already have long and frustrating days, dangers on the job, and little support from other public entities. Some of the comments were played on KNON's "Workers Beat" program on the following morning.

Like other Texas public employees, ATU 1338 members are legally restricted from the kinds of negotiations, strikes, and concerted actions that other unions use when faced with attack. However, they have a great deal of support from those who use public transportation, from other unions, and from the civil rights movement. 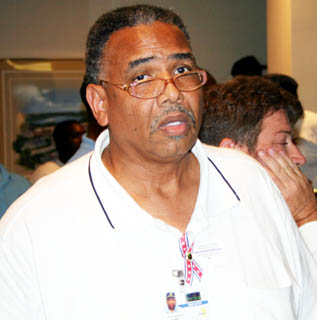