As Jobs with Justice has its main meetings at 647 Jefferson, we elected to march in the Oak Cliff parade this year. About 1,000 participants went by several thousand happy onlookers in the 2007 celebration of the Battle of Puebla, in which the Mexicans defeated the French imperialist army. This year, there were few Mexican flags. 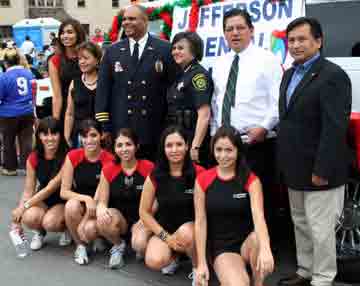 The political leaders turned out in force at the Oak Cliff Cinco de Mayo parade. It began in the 300 block of East Jefferson and marched all the way to the Ice House on Tyler and 12th Street.