Have You Seen Juan Gomez? Not Lately!

North Texas activists may have missed seeing Juan Gomez lately. He hasn't been at civil rights activities, not even those associated with his native country of Peru. 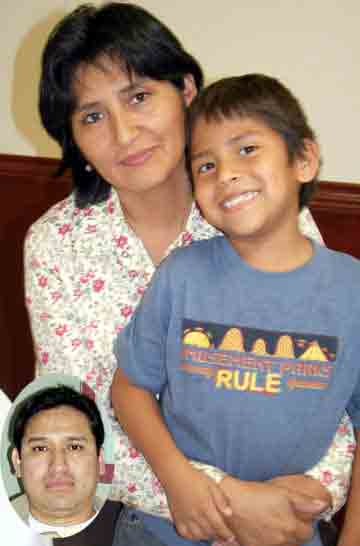 He hasn't been at Jobs with Justice meetings or working at his usual job of counseling runaway teenagers. He hasn't been home with his wife and kids in Garland, either. Juan Gomez is in jail.

The current fury over immigration issues has reached out and disintegrated the lives of this important activist and his family. Juan came to this country as a political refugee some years ago. Although he didn't have a lot of resources, he spent his spare time helping organize people to solve some of the most pressing problems that working people have today. Today, though, anybody who doesn't have a solid U.S. birth certificate endures a certain amount of danger. Juan's status in this country came under question and he lost his job. While he was still working on straightening out that mess, an I.C.E. agent picked him up, and Juan is now trying to endure the difficult circumstances at Hutto Detention Center. His family needs letters of recommendation from the many of us who know him and have worked with him over the years.

Cesar E. Calderon, an International Representative with the BCTGM International Union, AFL-CIO, (Bakers Union), is asking people to write letters along the lines below:

Re: Letter of Recommendation
To Whom It May Concern: